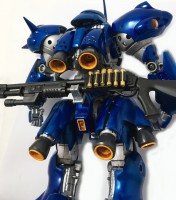 Created before the end of the One Year War, the YMS-18 Kämpfer Prototype was rapidly developed into different variations for specific mission roles, one of these being the heavy assault-oriented MS-18E Kämpfer. The Kämpfer Prototype featured head-mounted commander-type antenna, a green coloring scheme, large shoulder armors, and extra skirt armor which was omitted in the E-type model. Like its E-type variant, numerous vernier thrusters were installed throughout the mobile suit frame, resulted in its excellent speed and maneuverability. 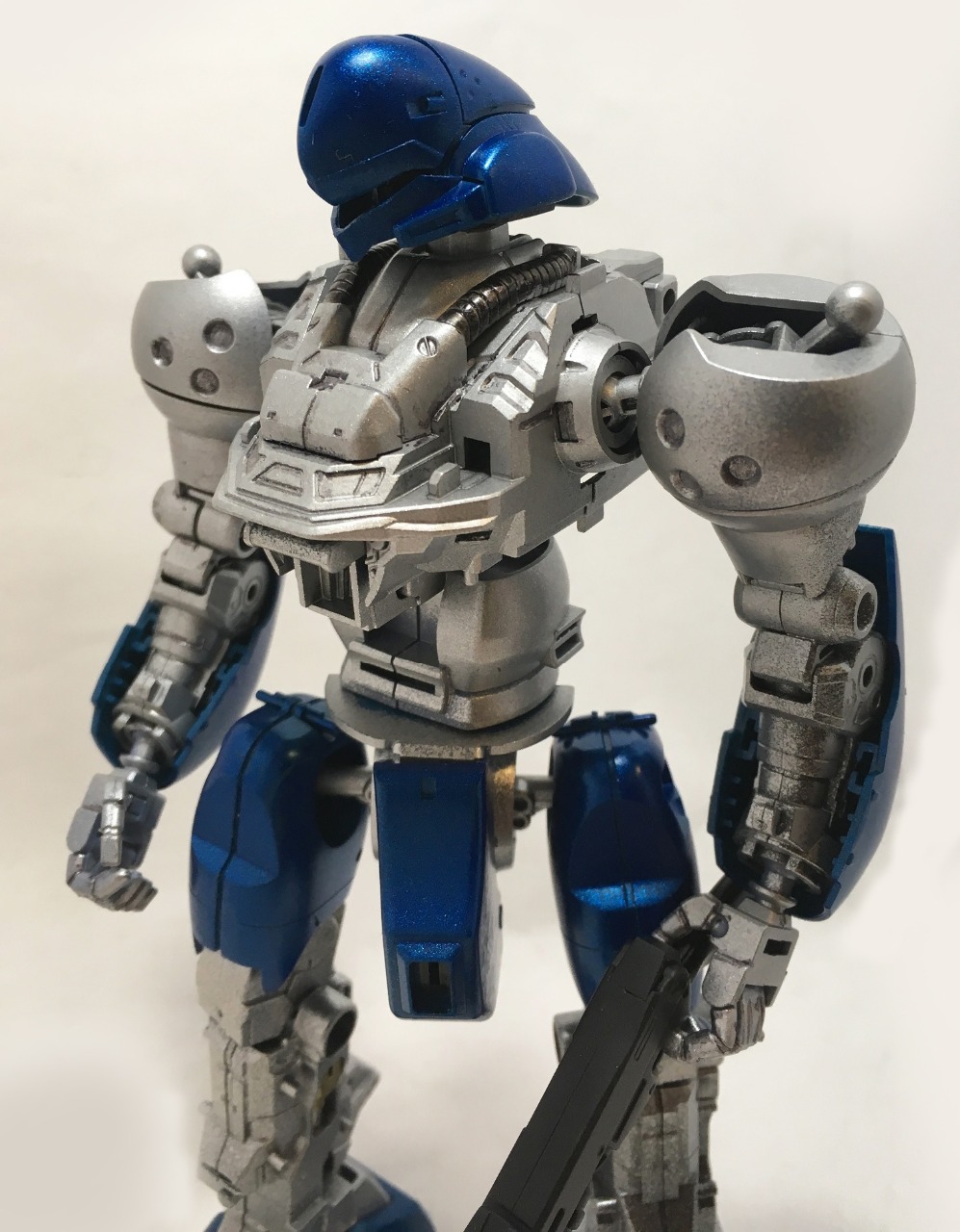 An uncommon feature on Zeon MS, the Kämpfer Prototype has a pair of head-mounted vulcan guns similar to Federation mobile suits. These shell firing weapons have a high-rate of fire but little power and can't damage the thick armor of a mobile suit, though they can damage lightly armored areas such as the sensors. They are ideal for shooting down small, lightly armored targets such as missiles, attack vehicles, etc.

The beam saber is a small cylindrical device held in the mobile suit's hands when operated and is powered by a rechargeable energy capacitor. It emits a blade of plasma contained by an I-Field and is capable of cutting through any metal not treated with anti-beam coating. The Kämpfer Prototype is equipped with two beam sabers, one stored in each thigh.

A redesigned version of Dom series' 360mm Giant Bazooka, with improved shape charges and firepower. The Giant Bazooka II is magazine-fed with 5-round capacity. A single round is particularly effective in anti-ship warfare, and can blow the torso off of an enemy mobile suit. The Kampfer Prototype can equip two Bazookas and stored them on its back.

A pump-action shotgun that is similar to the model used by the Efreet, it can also be loaded automatically by an electric mechanism.

A long-barreled, shell-firing heavy machine gun which was developed for Kämpfer Prototype. It features foldable bipod and reloadable drum magazine. 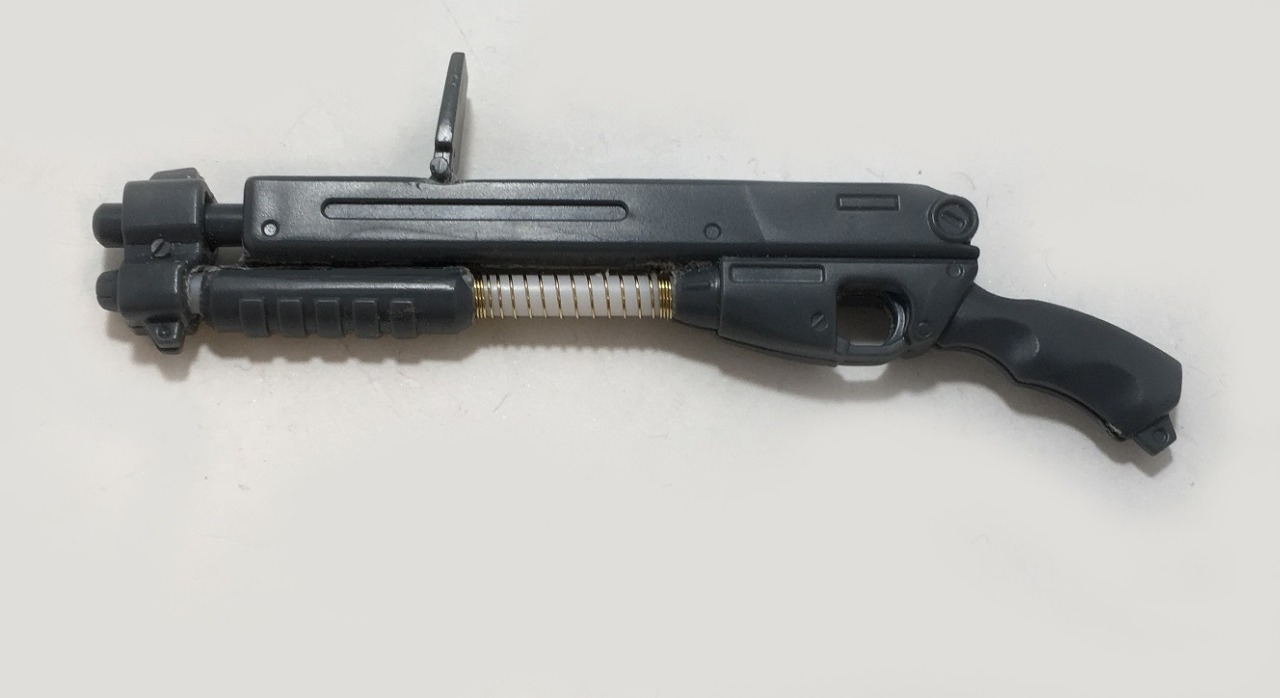 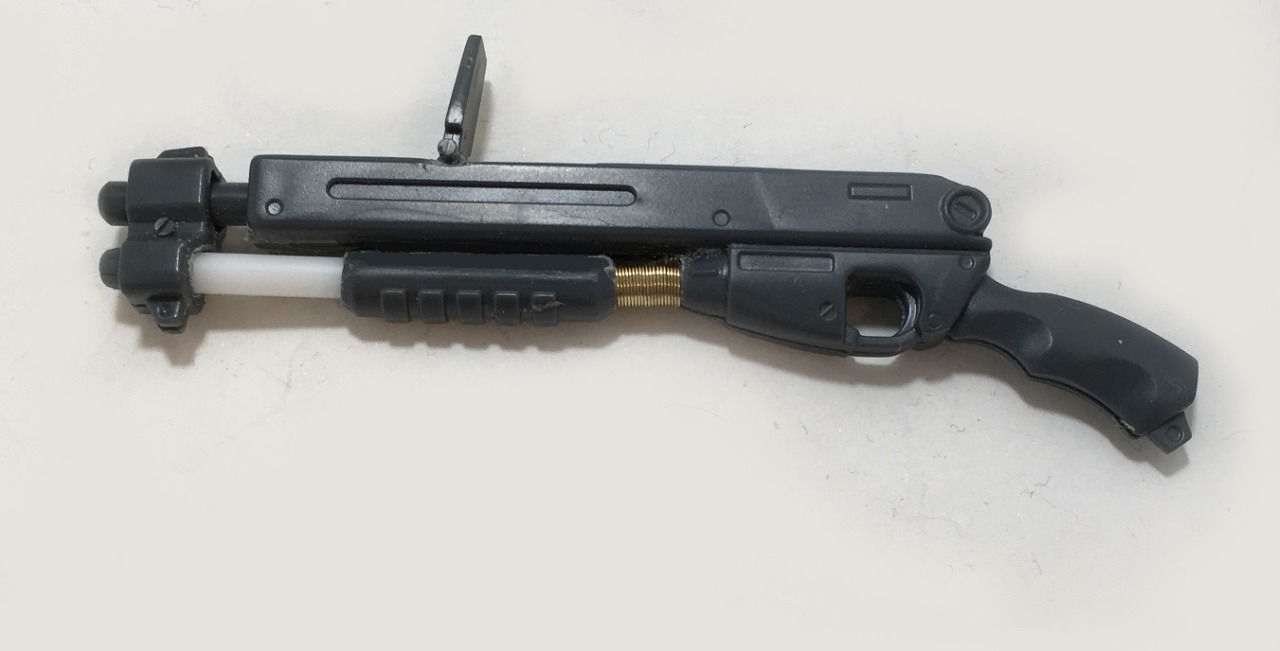 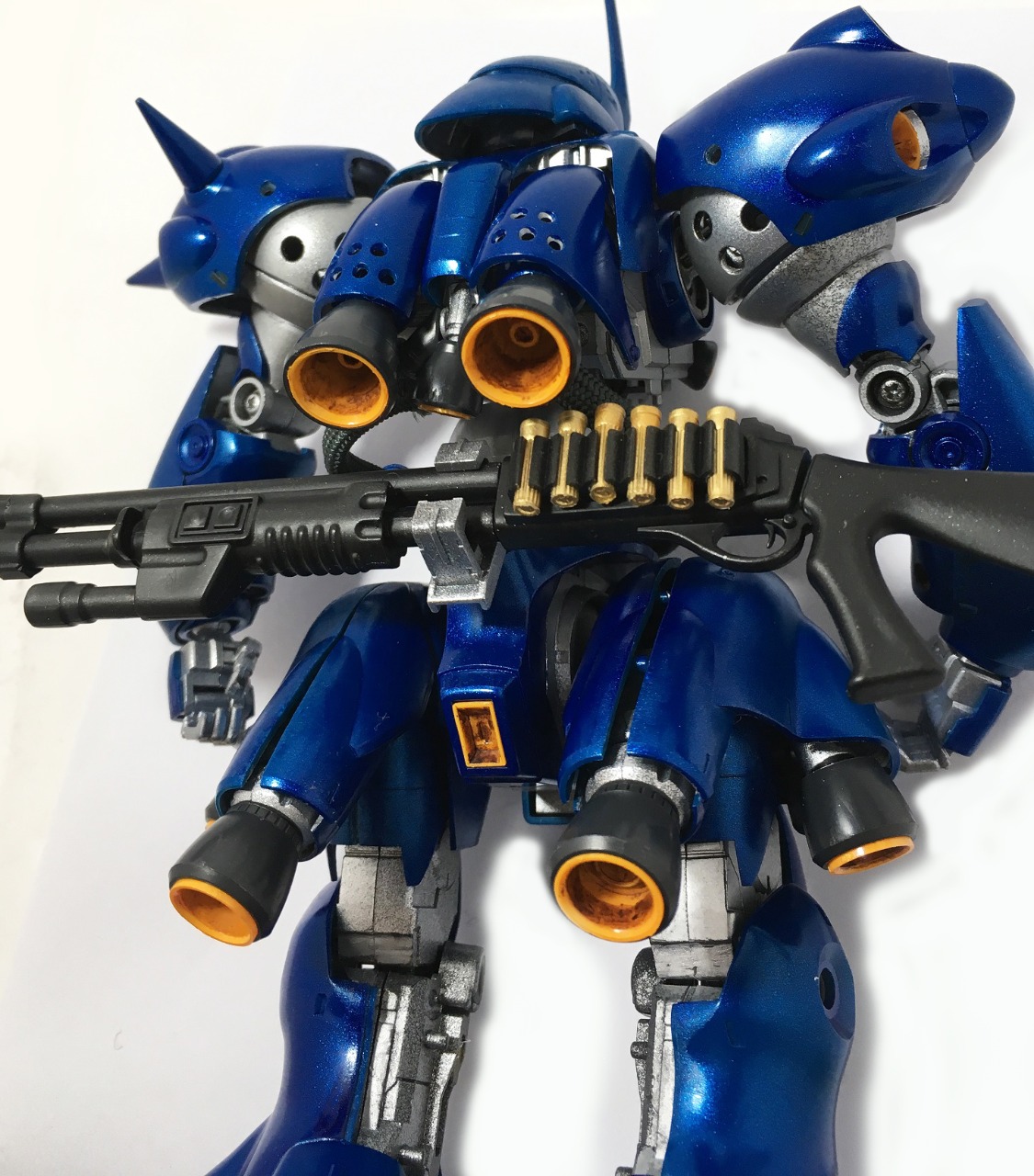 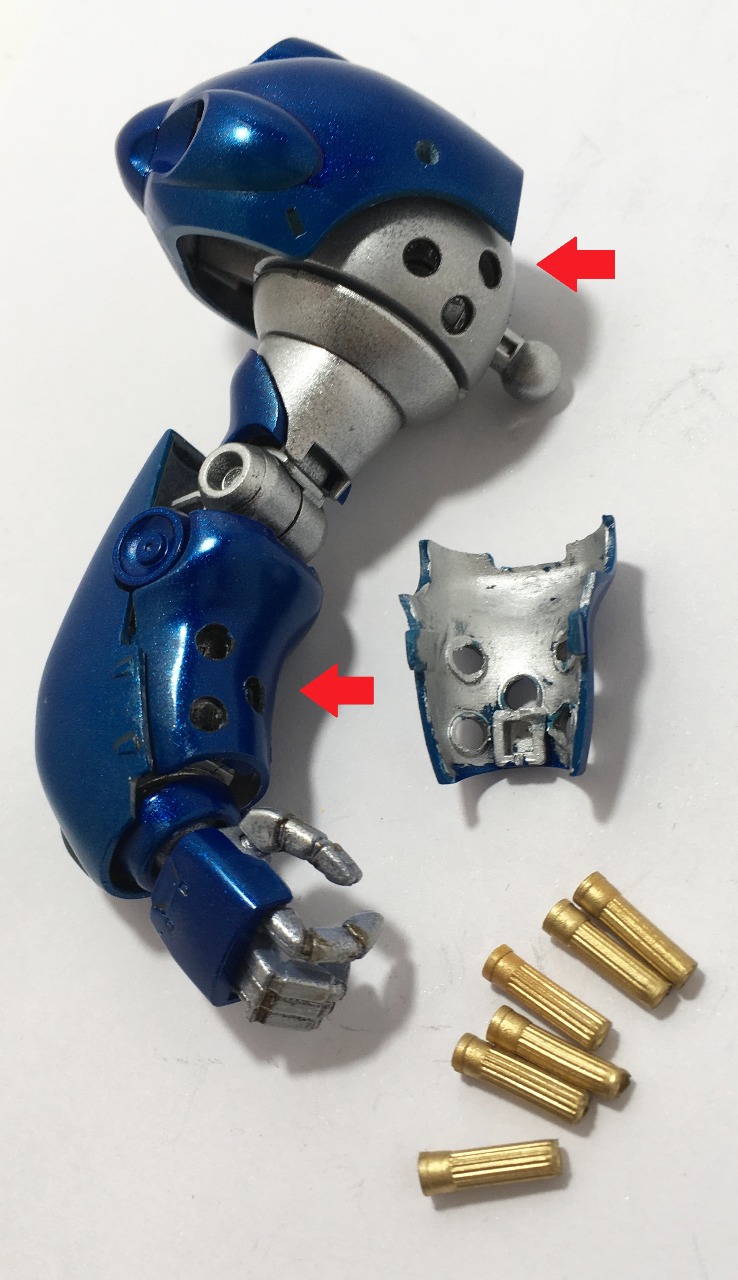 The hole is being pulled out.

It is for weight reduction. Weakness is weak. 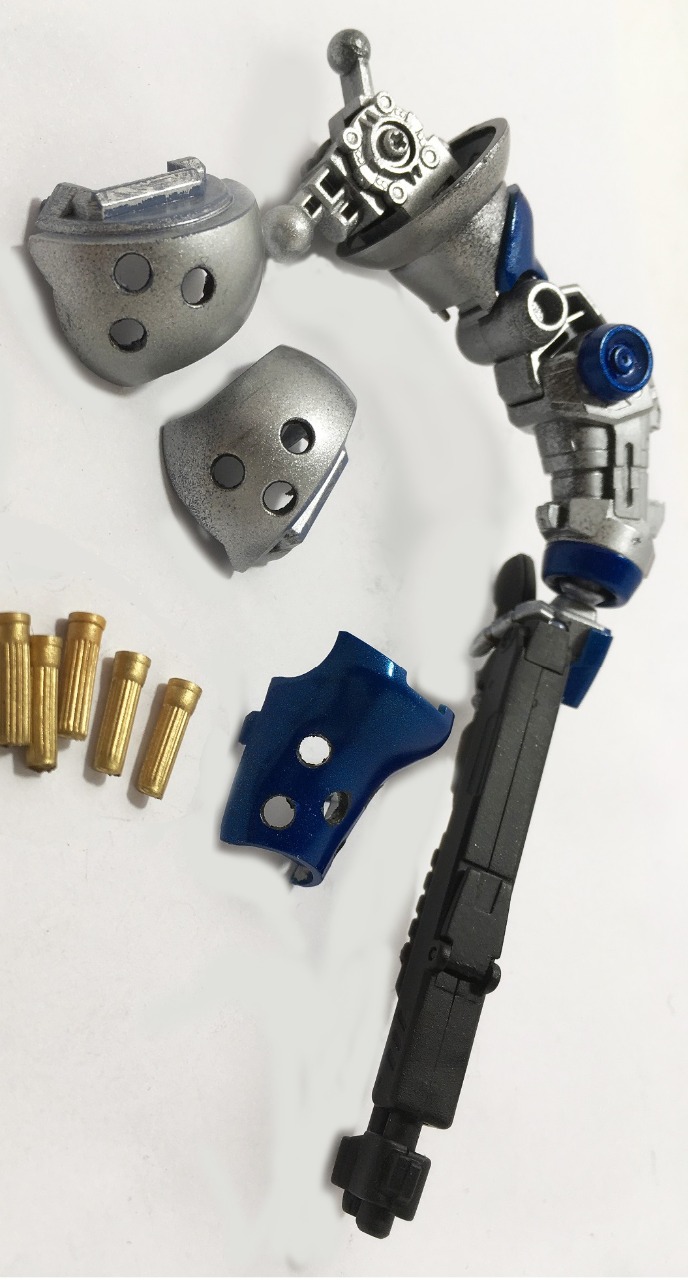 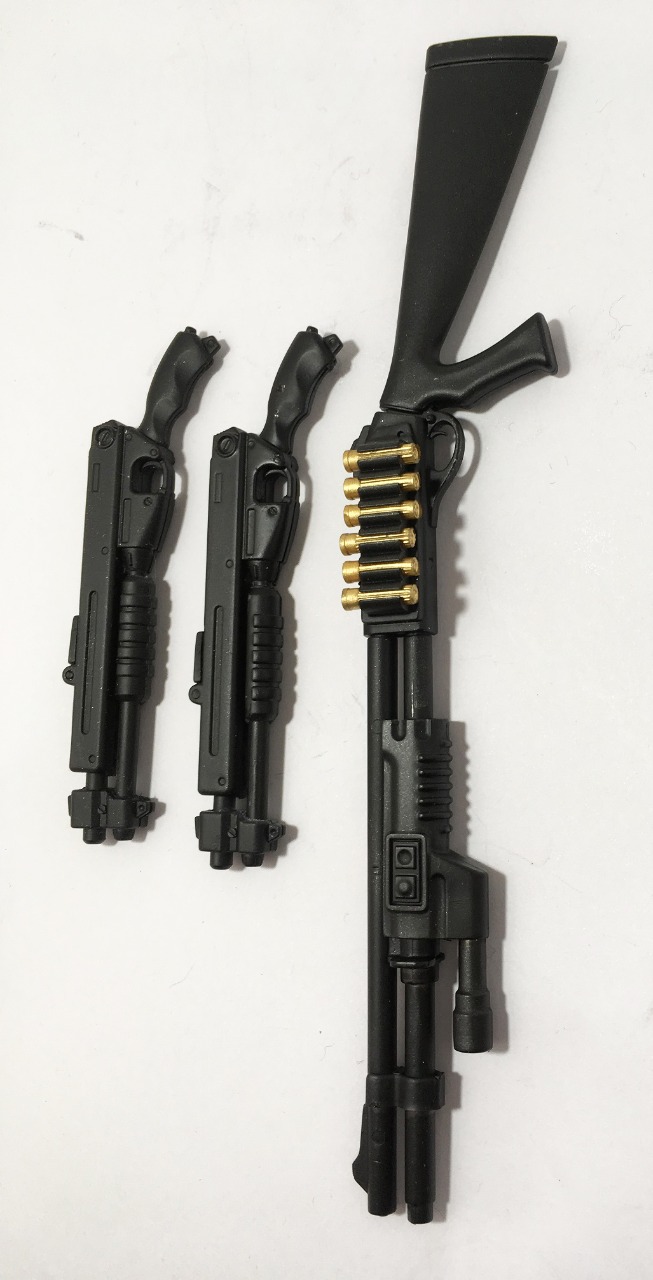 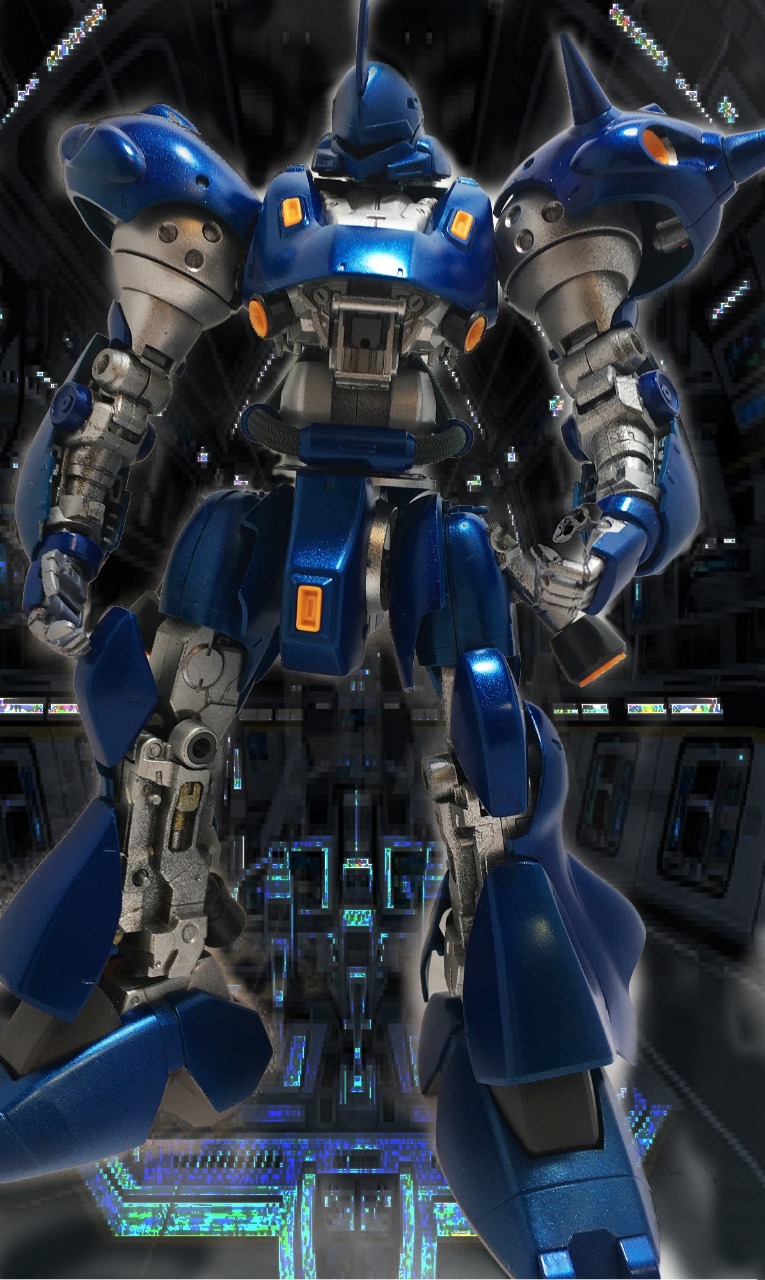