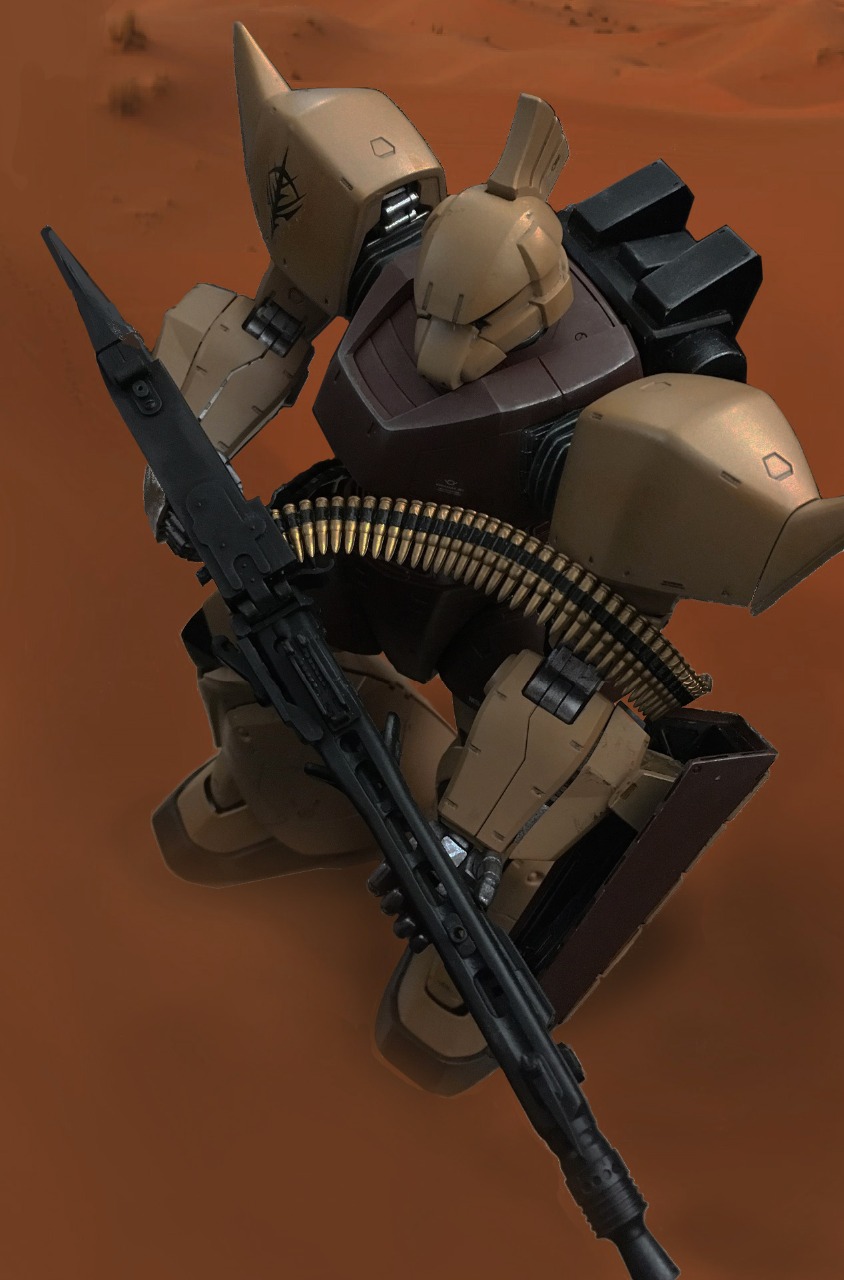 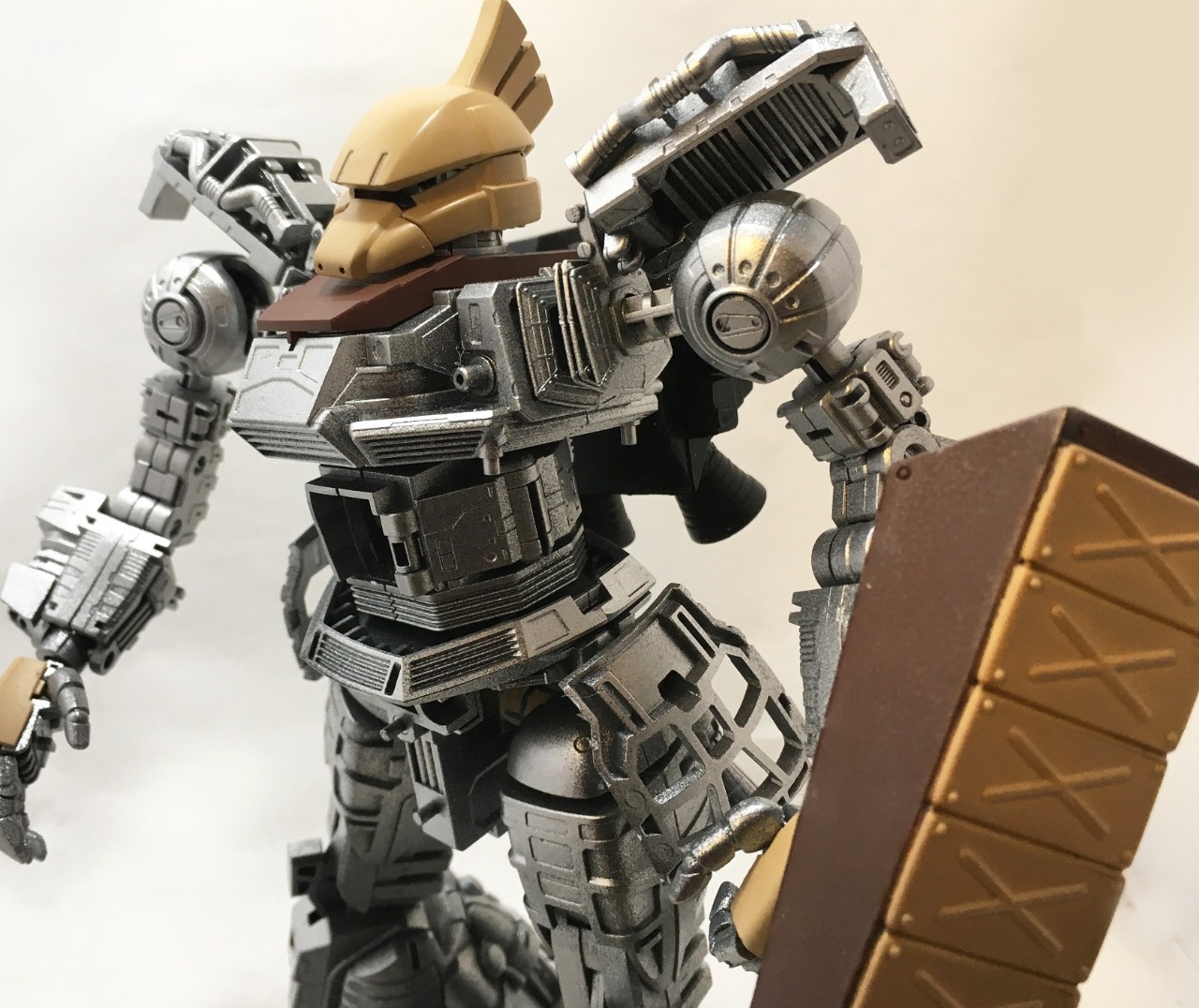 The MS-14GD Gelgoog G is a reconfiguration of the MS-14G Gelgoog Ground Type into a desert combat mobile suit. It is equipped with the same heat-dissipating radiator backpack Desert Type. Design changes were made due to the falling parts supply and production capabilities at the California Base because of the worsening war situation. Changes included removal of the leg thrusters and omitting hover capabilities, which improved mobility performance. It carries a lighter shield and a desert-use beam rifle which featured a barrel cooling system.

The standard ranged armament of Gelgoog-type mobile suits is the beam rifle. The particle beam fired from a beam rifle can penetrate almost any armor that has not been treated with specific counter-measures. Gelgoog G was equipped with a beam rifle which was designed specially for desert warfare with cooling system attached to the barrel. 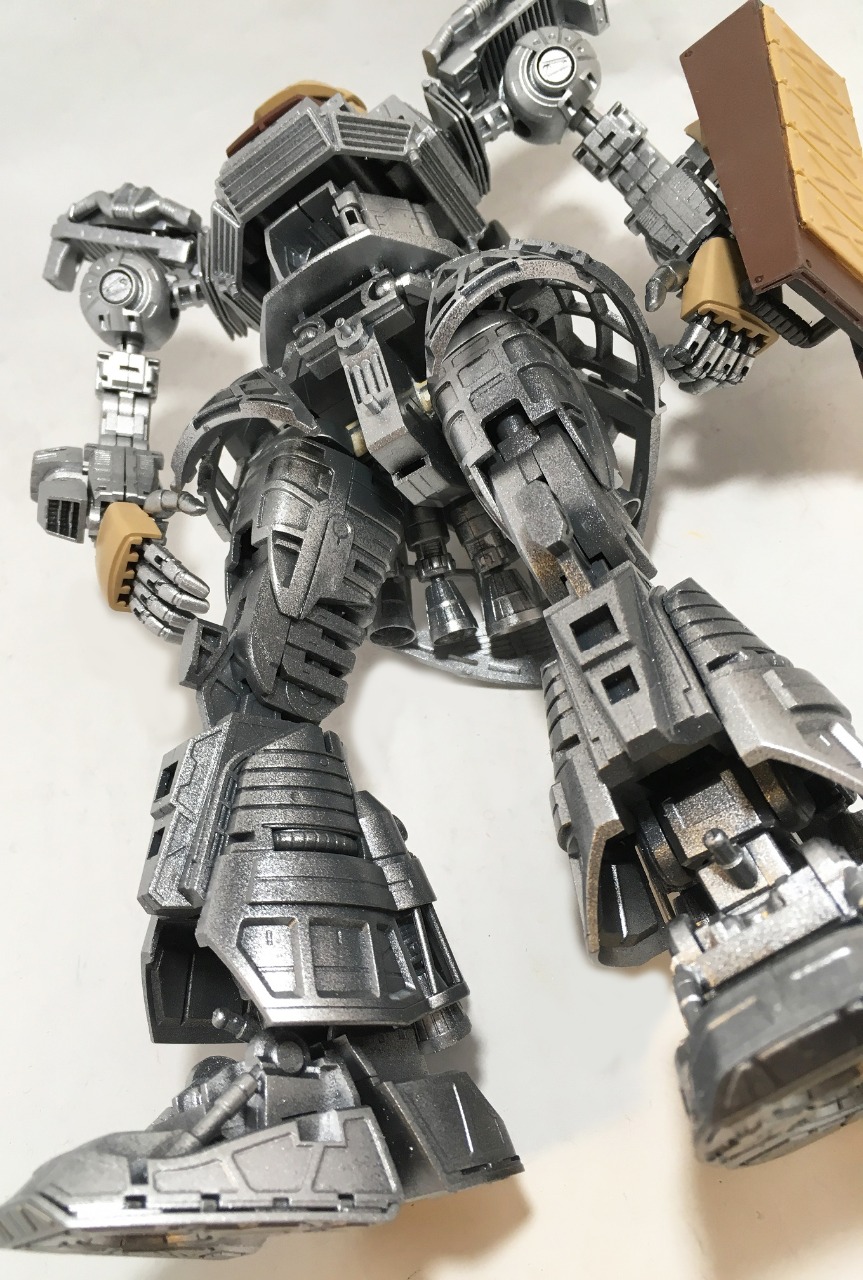 Gelgoog G was originally intended to be a desert variant of MS-14G Gelgoog Ground Type without compromising the latter's high performance. Its main parts were supposedly being supplied from Zeon's lunar base Granada, but as Zeon's war situation worsened, its features were compromised with knocked down parts produced at California Base. Only eight units of Gelgoog G were produced at the California Base and some units were sighted along with MS-06JK Zaku Half Cannon in the African frontline in the final days of One Year War. 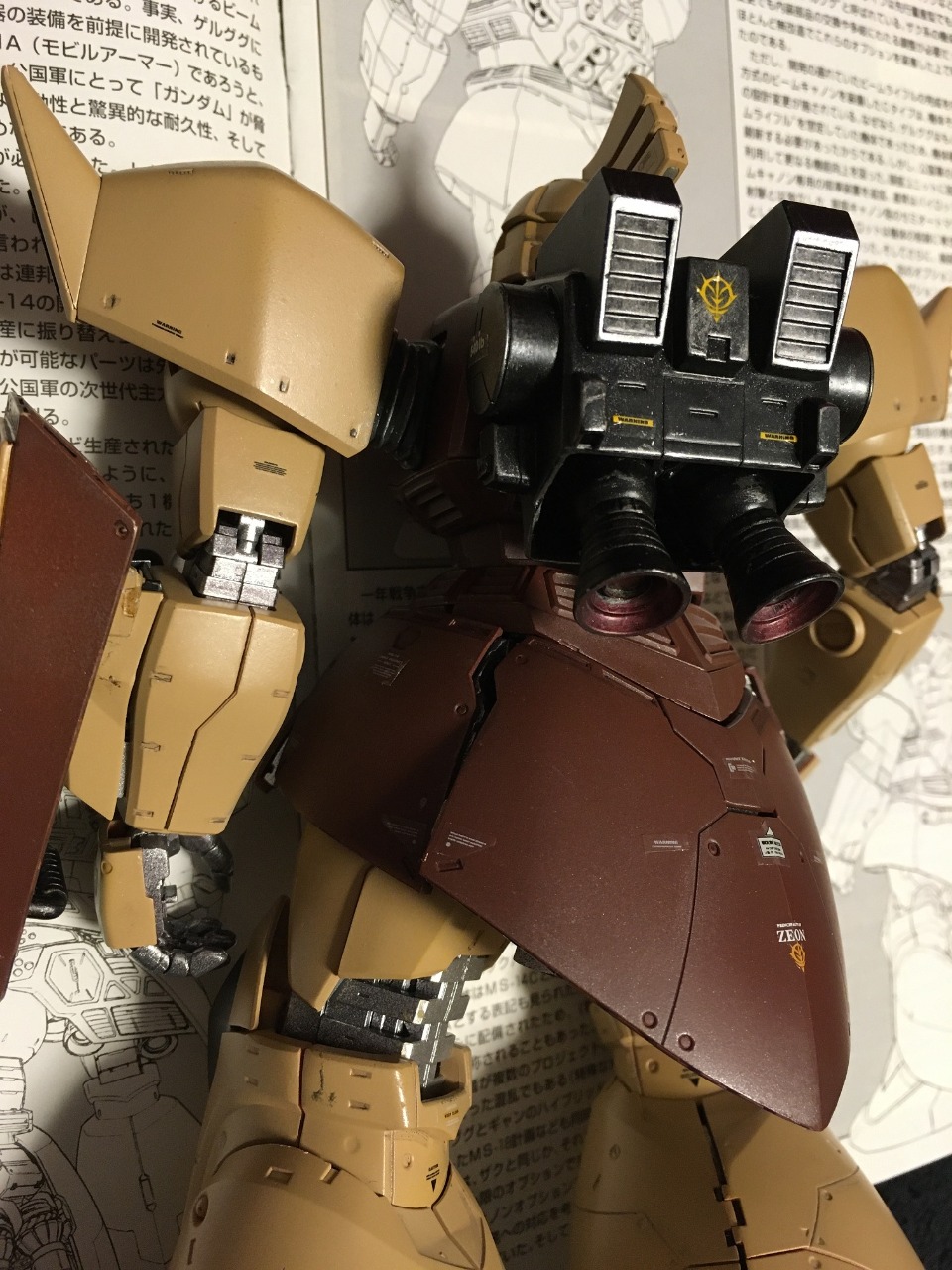 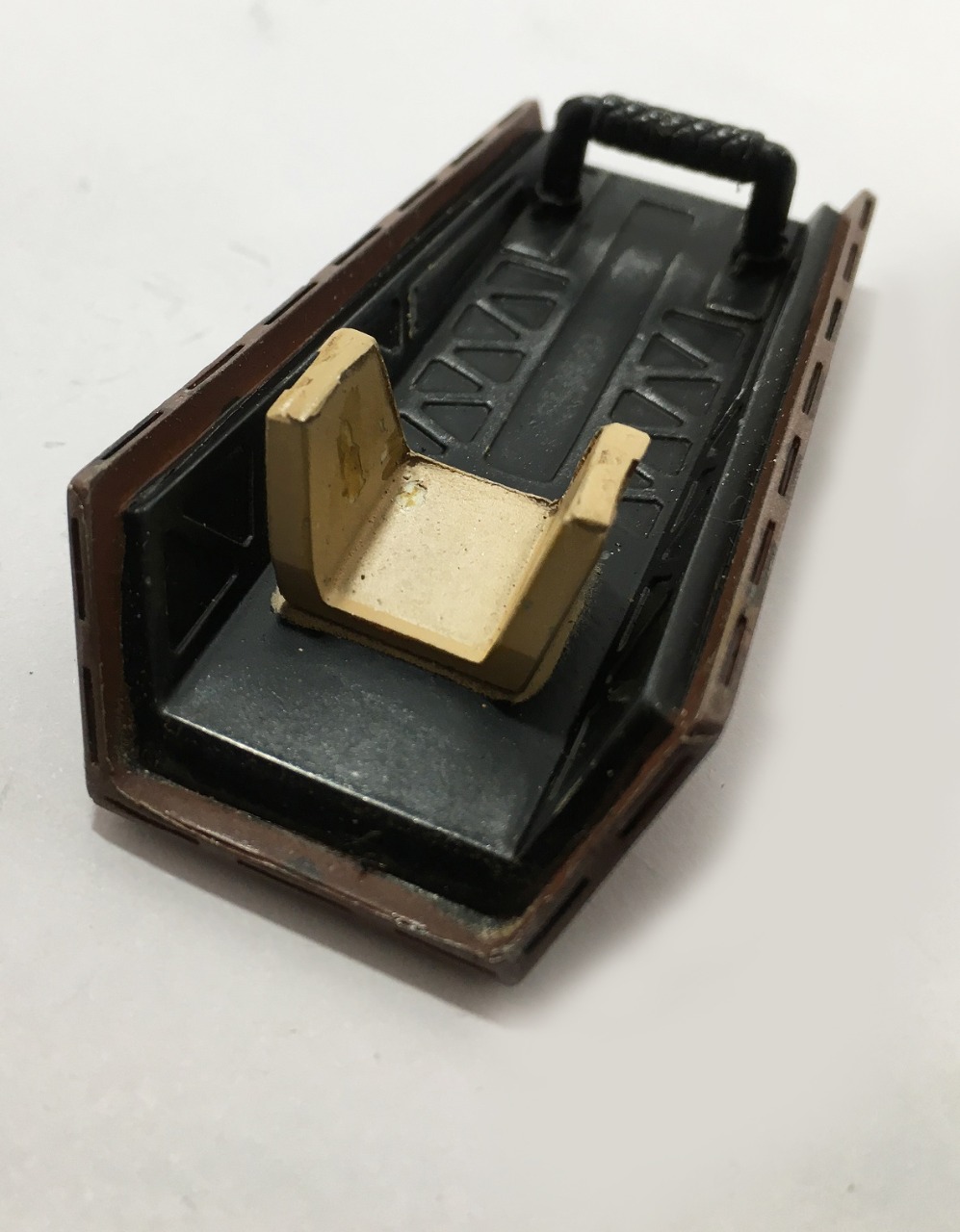 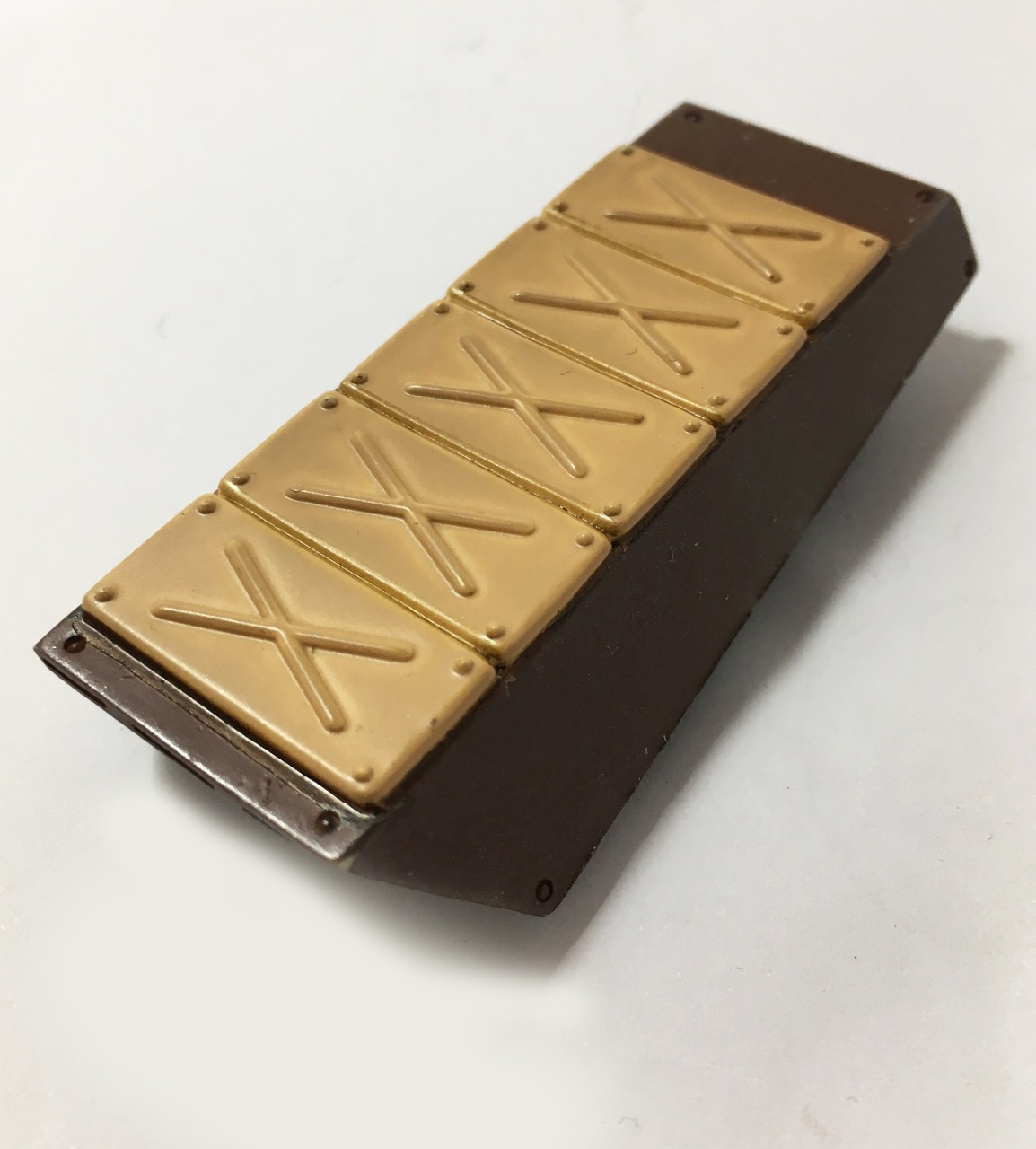